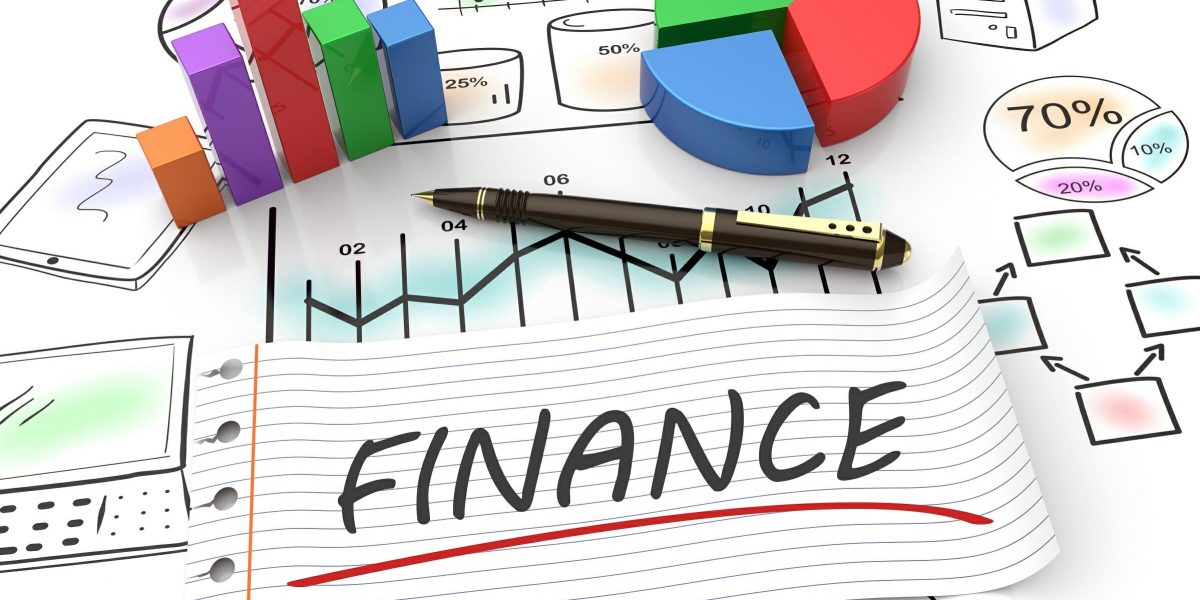 Friday saw the JSE retreat after two days of decent gains.MTN rose 1.3% before MTN Nigeria’s results showed the loss of 7.6m subscribers, though EBITDA rose 28% and the dividend increased 30%.Tencent, which influences the JSE via the Naspers stable, gave back 2.38%.

There is little on the local corporate calendar on Monday, while in economic news the Absa purchasing managers’ index for July, a gauge of the health of the manufacturing sector, is expected to show a drop from 57.4 points in June.The fall is expected to reflect ongoing Covid-19 restrictions that have hit SA’s leisure and hospitality sectors, while the month also saw the outbreak of violence and looting in KwaZulu-Natal and Gauteng.

European stock futures pointed to a positive start on the first trading day of August, following gains in Asia-Pacific as some of the concerns over China’s regulatory crackdown eased and progress on a US infrastructure bill continued.The dollar edged lower Monday, just above a one-month low, in tight trading ranges ahead of the release of key U.S. employment data later in the week which could influence Federal Reserve policy.

Brent crude futures were down 1% to below $75 a barrel on Monday, after surging almost 2% in the previous week, as investors digest fresh manufacturing PMI data which pointed to a general slowdown in factory activity, with growth in China falling to a 15-month low.Gold was slightly lower to start August, trading below the $1810 an ounce level and moving further away from a two-week high of $1,832 touched in the previous session as the dollar remained strong.

This morning, the ZAR is steady at 14.61.The dollar index was trading at 92.09 on Monday, staying near its lowest in a month and after falling by 0.9% last week which was its worst performance since early May. 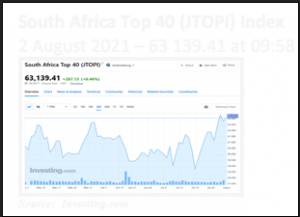 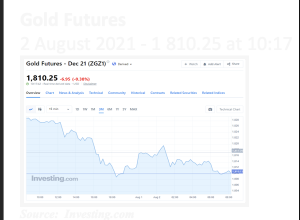 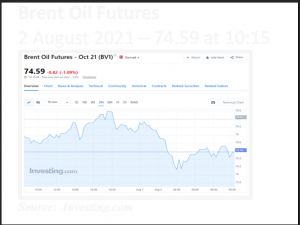