The JSE All Share index traded near the flatline around 68,427 on Friday, as investors digested President Cyril Ramaphosa’s cabinet reshuffle. Nedbank saw its share price hit a 52-week high on Thursday, to close at R188.40 a share, following an even more bullish trading update. Glencore said it could dramatically increase returns to shareholders going forward as the company cashes in on high prices for the commodities it mines and trades.

Last night President Ramaphosa announced ten cabinet changes including to the Department of Finance where Enoch Godongwana replaces Minister Tito Mboweni.Godongwana is currently the head of the ANC’s economic transformation subcommittee in the national executive committee (NEC), and chairperson of the Development Bank of Southern Africa. The presidency will now take control of the State Security ministry portfolio.

Asian shares failed to catch a firm lead from a bumper Wall Street session on Friday as the spread of the Delta variant of the coronavirus across the region heightened worries about its economic recovery.US markets reached record highs ahead of today’s non-farm payrolls release (+858k consensus).

The rand remains weaker this morning, at R14.53/$, after closing weaker yesterday. The demand for U.S. dollars tells us that investors anticipate a strong non-farm payrolls report on Friday. 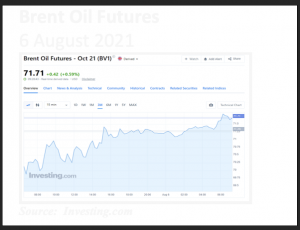 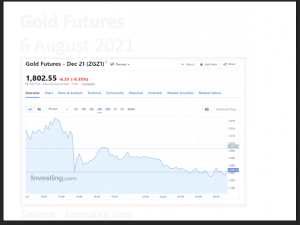 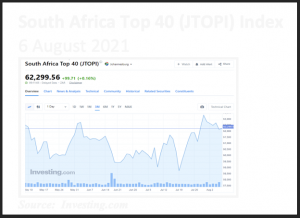