The JSE edged up on Friday, at the end of what has been a very strong week for the local share market.However, the gains did not necessarily play out at an all-index level, primarily because of Naspers, whose shares were sold off earlier in the week. Naspers accounts for about 15% of the allshare index.AngloGold Ashanti, the world’s third largest gold miner, suffered a 10% drop in first-half earnings, hit by the combination of lower grades, Covid-19-related disruptions, higher costs and suspension of underground mining activities at the Obuasi Mine in Ghana after a fatal accident in May.

Power utility Eskom has confirmed that an explosion at unit 4 of Medupi power station on Sunday night caused “extensive damage” to the generator.New finance minister Enoch Godongwana will need to provide “significant reassurance” to a rattled investor community after the recent unrest that swept SA and prove that he can use his political weight to fast-track economic reform and keep a tight grip on SA’s purse strings.

U.S. job growth accelerated in July by the most in almost a year.US markets closed slightly lower on Monday, and we are seeing a similar session in Asia this morning.Markets were also cautious ahead of U.S. inflation numbers on Wednesday, which coming soon after strong jobs data, could fuel more speculation about the Fed’s bond-purchase taper.

Spot bullion fell more than 4% early Monday, dropping $60 in minutes, as the selloff following Friday’s better-than-expected employment data accelerated at the start of trading. While prices bounced back from the initial drop, gold is still under strain.Oil prices recovered on Tuesday after falling as much as 4% in the previous session.

The South African rand was trading around R14.75 against the greenback during the second week of August, down from a three-week high of 14.3 hit last week, amid lower commodity prices and a stronger dollar, after an upbeat US jobs report.The dollar held firm against the yen at 110.32 yen, near its highest level in about two weeks. 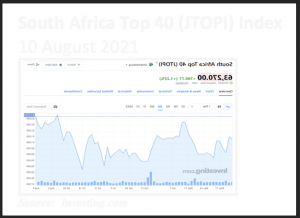 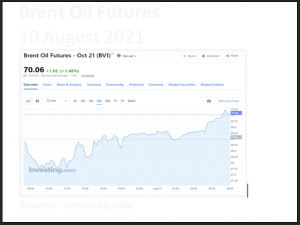 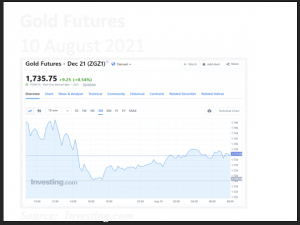